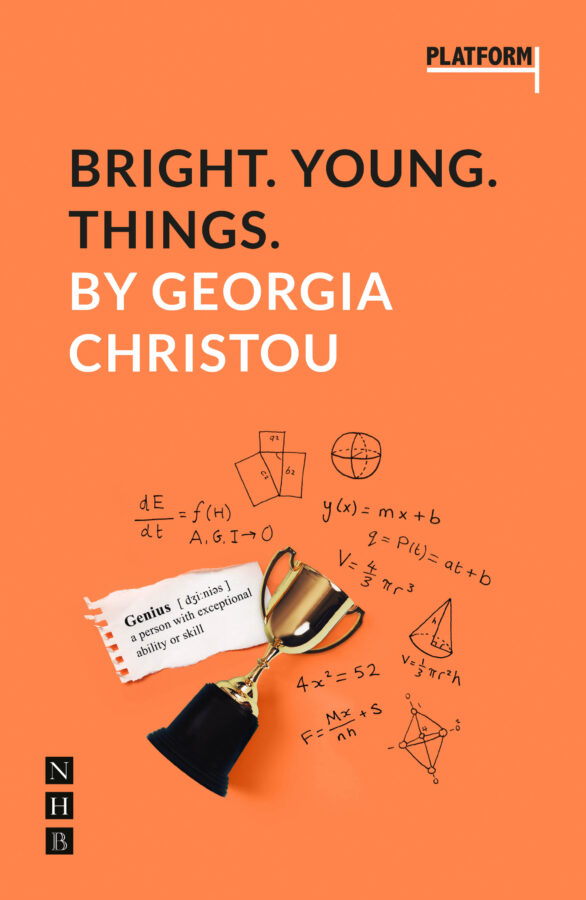 Alternately thought-provoking and laugh-out-loud funny, Bright. Young. Things. is a play about a group of young people struggling against the pressure to succeed and the manipulations of TV, each finally realising that they can achieve amazing things on their own terms.

The play has at its centre six child geniuses who have gone through a rigorous selection process by TV producers to compete for the title of Britain’s brainiest child. At the beginning of the play, one of the contestants doesn’t show up due to illness so Rochelle, a super-smart girl (and our heroine) is drafted in as, coincidentally, she is already at the studios (her dad works there as a cleaner).

Themes of self-doubt run throughout the play as the contestants compete under the frantic direction of the TV company who are keen to keep them on script. It’s all about making great TV after all, isn’t it?

All contestants start off desperate to win the title but as the competition goes on, one by one their insecurities are exposed by the pressure, and Rochelle ends up winning. But she is left wondering if her mum (who no longer lives with her and her dad) would have seen her on TV and the play ends with her dad commenting:

You know, you did win today. I’m not talking about some poxy cup. You took your story in your hands and you owned it. But nothing you did today was gonna make her come home. Just like nothing you did made her go.

The main action takes place in the TV studios which can easily be created with 6 blocks (to act as podiums) that could be arranged in a V-shape, some chairs for the cast and a microphone. These staging suggestions are just that: suggestions. Do whatever helps you to tell the story.

The suggested list of props below will also help tell the story:

The Bright Young Things: aged between 9 and 14.

Written as female but the characters starred can be adapted for any gender.

The Adults: can be any gender
Rochelle’s dad
Rochelle’s mum†
Presenter 1
Presenter 2
Producers (a minimum of 3, no maximum!)
Frankie

†Rochelle’s mum and Lady Regina can be played by the same person.