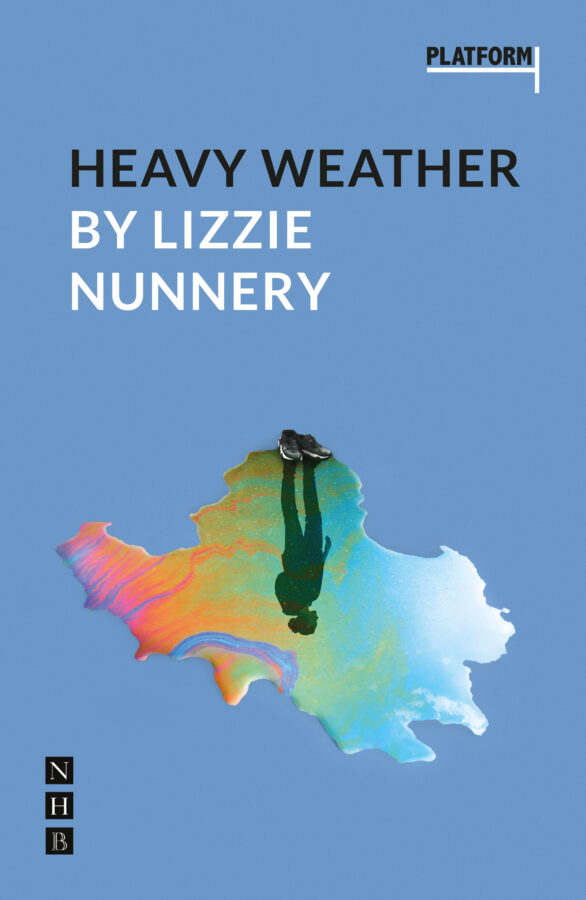 Following a panic attack at school, sparked by a science lesson on climate change, Mona refuses to leave the house. She’s hardly eaten or drunk anything in the last few days, and Elin, her older sister, is growing more and more concerned. Their mother left them three years earlier and Elin has taken on the role of carer as Mona finishes school. Whilst scrolling through photos of a climate protest, Mona suddenly sees someone who looks like their mother and is desperate to track her down. Surely her Mum will have the answers that Mona needs to her relentless questions about the burning planet?

But as Mona goes to find her mother, she feels rising panic. Everyone seems to have their priorities wrong. An influencer is obsessed with how many eco-conscious followers she has: ‘Click, click, click. Search your own name and you might never come back’; the guru at the mass meditation tells her ‘You’re a story. I’m a story… You were born into a rabbit hole’; the patronising helpers in the First Aid tent insist that she’s hopeless and lost, and then someone starts taking photos, telling her to pose a certain way, to look angry so the photos are ‘clickable’. When Mona protests – she wants to tell her own story her own way – the photographer argues: ‘What’s the point of protest if you don’t capture it? What’s the point of being here if no one sees you?’

Throughout the play, The Ensemble can be visible, watching the action, commenting on everything Mona does and says, and competing for how much they know about Mona. They’re the eyes of the internet, always observing, recording, interpreting. When Mona suddenly comes face-to-face with her mother, it’s not the encounter she had wanted and her mother leaves her behind (again) to go on to another protest in Paris. The Ensemble gather round Mona, chanting, banging drums and filming as Mona drops to her knees and breaks down. As the video of this moment goes viral, Mona begins to trend as an emblem of raw and honest rebellion.

The play ends with Elin tracking Mona down at the protest and the sisters considering travelling to Paris, not to be with their mother, but to make their own adventure. Mona is a strong, determined, passionate young woman, angry at those who try to control her story: ‘All those fakers. Pretenders. Clever talkers – they can all shut up and listen’. She is determined to have her voice heard and desperate to make a difference – and we hope the world will listen.

The action could take place anywhere in the world where there are protests about the climate.

The stage could be bare with locations suggested through simple props and costume. Alternatively, it could abstractly represent a protest site, incorporating tents and other temporary structures.

There are original songs throughout the play that the actors sing, plus an anonymous protest song ‘Rise Like Water’.  Simple sheet music for these songs are included in the play.

Gabby: Like Angela but even more brittle, prone to melodrama

The Ensemble could be onstage almost throughout the whole play, observing the action.