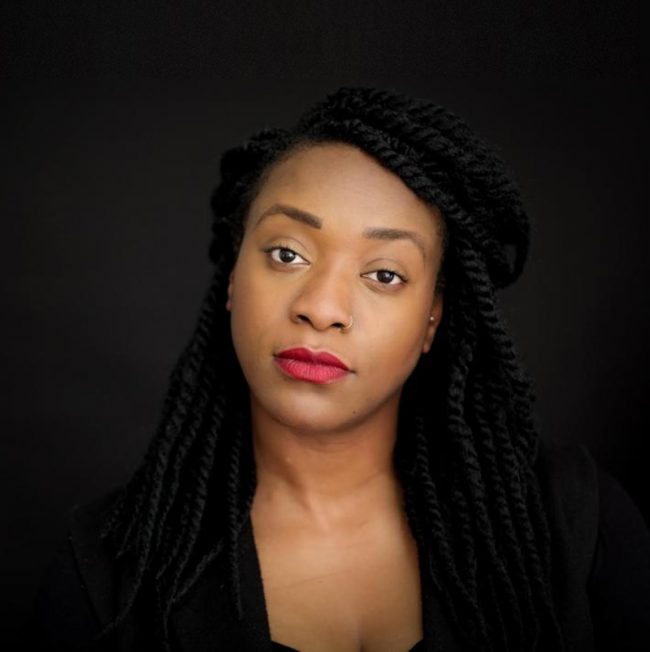 The play centres on a group of female friends. One of them has gone missing. What drew you to this subject?

There are a group of young people where I use to live that would play out with each other most days after school. They played with a freedom that reminded me of being in primary school and my early secondary school days.

I was mortified when I read that over 70 young people are reported missing in the UK daily. Beyond the obviously dark place our minds might go to when one might imagine what had happened to these young people, I started to wonder where else they might be – how many may have disappeared intentionally to start again.

A lot of the action takes place in a world called DUSK. What does that represent, and how does it relates to Dee and her search for her friend?

We all recall memories in different ways. It is quite a mystical thing for me – memories. Our subconscious world often resembles our conscious world – but with a twist. For our protagonist, the Red dusk of that evening sky is something that was and is as present in her memory as her friend is. It in itself holds a clue to her whereabouts.

There’s a really interesting contrast in the play between what’s said and what’s unsaid, the internal and external worlds of characters. What do you think that offers to those performing the play?

The mask we put on to go out into the world versus our true self, is something that every human being battles with, consciously or not. For teenagers, and of course I can only speak for my own interpretation of this, I think their voices are often drowned out by adult quote on quote more informed voices. I wanted to give a mouth piece to the internal voice as much as the external. The chorus helped with that.

As you say, the play is populated by a chorus. Why did you choose that as a form of storytelling?

I love using chorus. I love that a chorus can be made up of 2 people or 100. It allows my concepts to speak with a larger mouth piece, one that isn’t bound by the construct of a single person. Chorus can capture the collective voice of a group of people as well as a nation.

Grief is a strong theme throughout the play, expressed through the character of Dee. Do you think grief is a subject we tackle sufficiently with young people?

Often when we tackle subjects that are deemed suitable for younger performers, we get stuck on bullying and body image, and if one is feeling adventurous, ‘teen sex’. In reality, there is not a single adult emotion that young people do not deal with. Grief is no exception.

Why do adults never appear on stage?

Because they are not important to this version of the story. DEE’s need to come to terms with the loss of her friend is what’s most integral, and the world that the group establish for themselves start and stop with each other. So I have respected that in the telling of her story.

The Platform series is about putting the stories of female characters, specifically of girls, centre stage. What excited you about that?

Well, thus far I only write plays that put the stories of female characters centre stage. It’s an integral part of my function as a builder of plays. I believe that the world benefits from women taking a more integral role in the building of society. I could harp on about the lack of equality between men and women, and worse so men and women of colour – but we all know this, at least we should.

Ultimately though, I’d like my future daughter to know that I was part of the collective change in consciousness, our collective efforts to reinstate the balance for boys and girls and men and women.

Anything that enables me to contribute to the smashing of the toxic patriarchy is exciting.

Do you have any advice for actors performing the play, or for directors staging it?

My intention was to produce something that allows room for companies to play and own the text – so be bold. The world needs bold and unapologetic young women, allow the text to assist you with that.