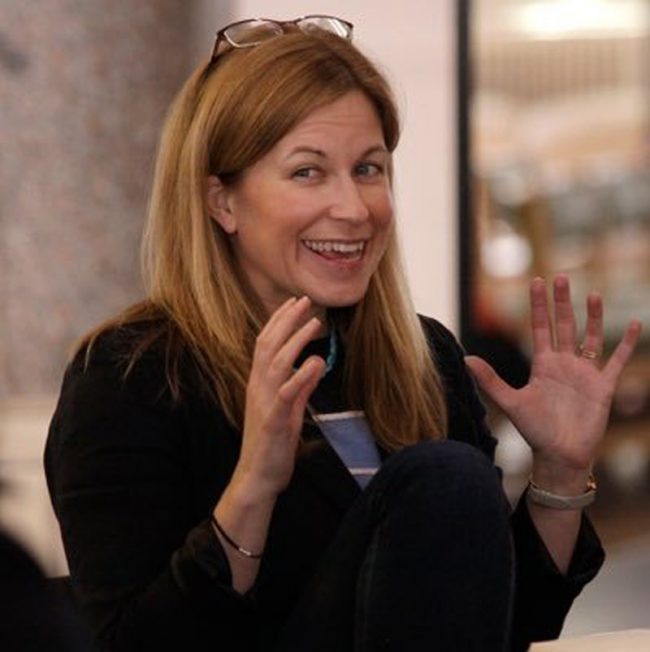 Beth Flintoff trained as an actress at Birmingham Conservatoire after studying English Literature at Durham University, and is now a freelance director and playwright. She is an Associate Artist at Reading Between the Lines Theatre Company, for whom she has written Henry I of England, Oscar Wilde on Trial and Matilda the Empress. Her play and theatre installation on Greenham Common, Greenham: One Hundred Years of War and Peace, was performed by a cast of hundreds in the middle of the deserted runway in September 2017.

For seven years she worked at The Watermill Theatre, Newbury, where as Outreach Director she worked on many productions as writer, director or both, including David Copperfield, Life Lessons, Writers’ Block, The Girl Who Never Forgot, Hamlet, Macbeth, Romeo and Juliet, Othello and Doctor Faustus. She has collaborated twice with physical-theatre ensemble Rhum and Clay, on Jekyll and Hyde and Hardboiled: The Fall of Sam Shadow, which toured with The Watermill before transferring to New Diorama in London (Off West End Award Nominee for Best Director 2016). Her play The True History of Susanna Shakespeare was awarded a Tenancy at Nuffield Southampton Theatres, and longlisted for the Papatango Prize in 2017.

Beth was the founding Artistic Director of new-writing fringe ensemble Debut Theatre Company. She is currently under commission to Reading Between the Lines and Eastern Angles for plays in 2018.